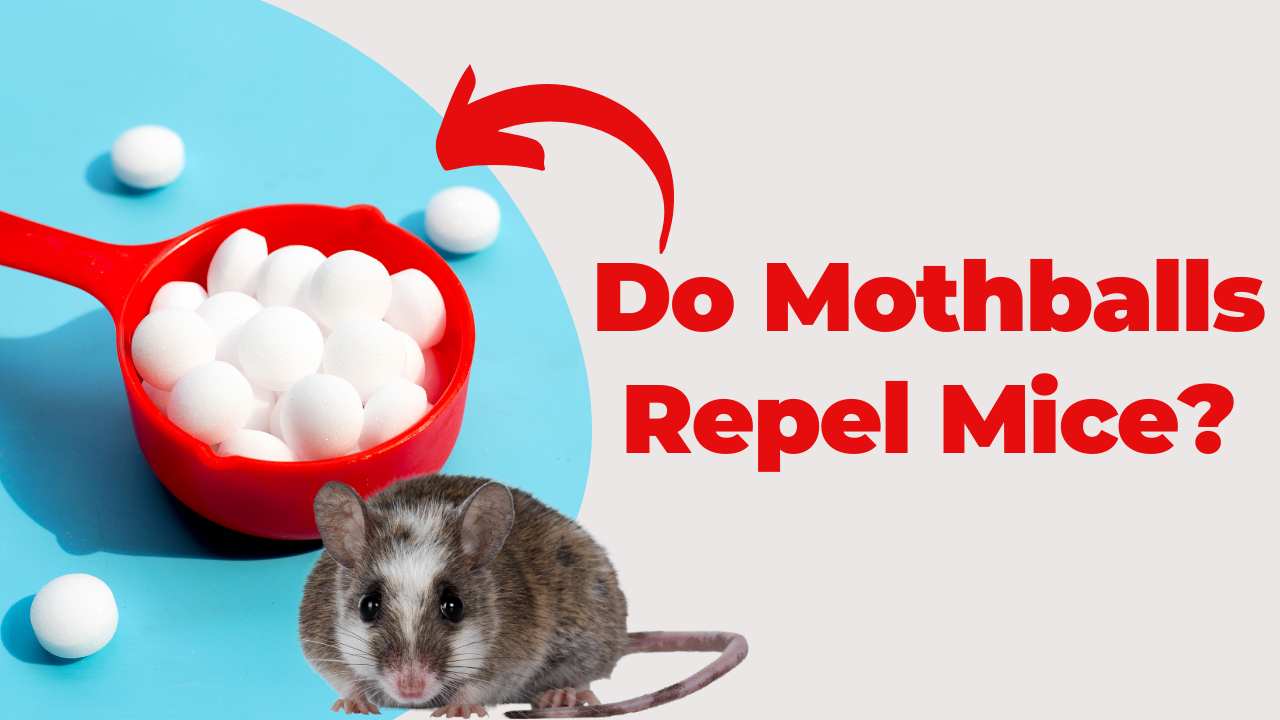 If you have ever had an infestation of mice, you will be happy to read everything you can about getting rid of them. They will mainly be about what you can and can’t use to rid your home. Do mothballs repel mice?

In this article, we will cover the question if you should use them or not and why. First of all, let’s have a look at where the thought originated.

First things first, let’s look at the reasoning as to why they may work.

What Is A Mothball?

Mothballs are small balls of chemical pesticides and deodorants used to prevent mold and moth larvae from damaging clothes. Some of the older mothballs were a chemical called naphthalene . However, most modern mothballs are made from 1,4-dichlorobenzene.

Both chemicals are highly hazardous and cause severe damage to any animal that eats them or is exposed to them for any length of time. Since 2008, the EU has banned all mothballs that contain naphthalene due to its health hazards. The International Agency for Research on Cancer and the state of California both consider 1,4-dichlorobenzene to be carcinogenic.

Therefore, the chemicals in both of them are hazardous. They work by releasing a gas that will kill pests and their larvae inside the box. However, the design of mothballs was to work only in airtight containers.

One mothball can cause serious harm to a child. The reason for that is that mothballs are nearly 100% active ingredients. It is illegal to use any pesticide other than stated on the packaging.

So, people think that mothballs repel mice because of their high levels of dangerous chemicals.

The shortest answer to this question is no. Mice do not know the damaging effects that mothballs have. Therefore, the smell of the chemical will not turn away or deter most animals.

There have been cases of mice and rats walking straight past mothballs. So, they certainly do not even repel them. It may kill the rodent if exposed to the chemical for long enough. However, you then hope they do not die in your wall cavity.

Usually, there is a little bit more of a conclusion to write at the end of the articles. However, this one only requires a few questions and answers, I think:

Do mothballs repel mice? No

Will mothballs kill mice? Yes, if there is enough exposure.

Do mice eat mothballs? No

Will exposing the mice to mothballs in high enough quantity be easy? No.

Could it harm you and your family to try to repel mice with mothballs? Yes

Is it illegal to use mothballs as a deterrent? Indeed it is.

Perhaps you should read our article about what mice are attracted to.

Related Topics:
Up Next

How to Catch a Smart Rat?